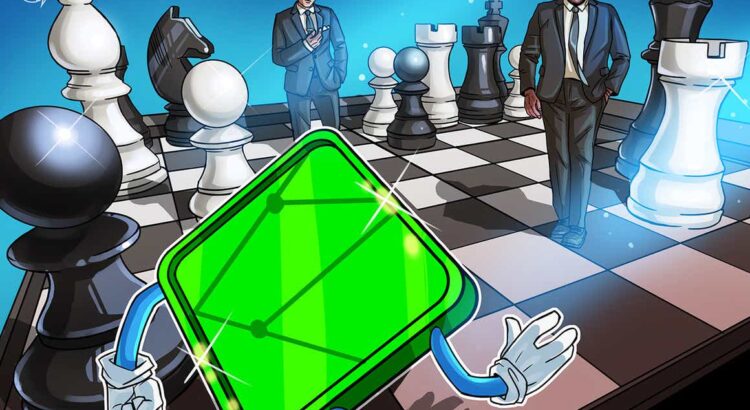 When trying to examine the non-perishable currency (NFT) economy as it has been taking shape in recent months, two main trends can be distinguished. On the other hand, there is a whole new market allowing many artists to join a new creative economy – the creators of Bored Ape Yacht Club, various types of pixel art creators and creative flashes such as the creator of long-necked women’s paintings, the sale brought by the artist, who is only 12 years old , approximately 1,394 Ethers (ETH), equivalent to $6 million at the time of writing.

But the fact is that NFT is much more than that. Take, for example, one of the first significant NFT sales, when Jack Dorsey sold his first tweet that appeared on Twitter for a sum that was then about $2.9 million. This NFT gained value, but in fact, its assimilation as an NFT has preserved a kind of heritage.

On the day when Twitter moves to the web, or the old text platform disappears, like many sites that were part of web logs and simply vanished, the only things left will be those for which someone has created economic value, beyond symbolic value. A unique value that stands alone, and makes the preservation of tradition and heritage a sustainable process.

Former world chess champion Garry Kasparov, the man who held that title for more years than anyone else, has decided to transform his digital legacy and turn vast chapters of his past into NFT.

“My NFT project with 1Kind reflects my constant desire to take on new challenges and work with new and exciting technologies,” says Kasparov. “From AI to cryptocurrency and blockchain, I have always believed that innovation is the only way forward. We have worked closely together from the beginning to create not just unique items, but a completely new way to use NFT to tell a single story that has a real history behind it.”

One of the interesting things about Kasparov is his interest in human-machine interfaces. Kasparov is perhaps the most famous chess player of all time, the youngest player to win a world championship as well as the longest-reigning chess champion of all time.

But in fact, his matches against supercomputers made him famous all over the world. Kasparov has repeatedly won the latest chess computers, but his loss, in 1997, to the IBM Deep Blue computer was a turning point and a symbol of the fact that artificial intelligence is able to match and achieve human intelligence. On a symbolic level, it was precisely this loss that connected Kasparov’s fate with the development of the digital age.

Related: Without quantum security, our blockchain future is uncertain

Now, with the NFT project that Kasparov launched with the 1Kind platform, he is once again changing the fundamental concepts – of heritage, legacy and history. Kasparov seeks to create a digital presence for different chapters in his past, thus creating a legacy that does not depend on exhibits, display cabinets, or history books. Objects, photos, and paintings depicting his past, fall through NFTs, not to support the economy of some creators but like that tweet by Dorsey, to preserve a legacy before it fades, and to attract more people interested in preserving that legacy. As Kasparov explains:

“This is the first time an entire life has turned into NFTs – my life. I wanted to share not only my chess games and successes but everything that shaped me and my legacy both on and off the chessboard.”

A new chapter of traditional perseverance

To this day, to document the heritage, one needs unique books, museums or tours. But all this requires massive and long-term support – after all, the museum cannot own itself and needs the support of taxpayers or unique funds. But when Kasparov announces his legacy in the NFT, he is decentralizing heritage preservation. It invites collectors to participate not only in its legacy but also in its preservation. At the simplest level – if Kasparov himself disappeared from human consciousness, then even these heritage objects would lose their value. So that the interest of the person involved in the sale becomes the same as that of Kasparov himself. Preserving the heritage and exposing it to the largest possible number of people.

“The deeply personal nature of this project is evident in every NFT. My family and childhood, my rise as a chess champion and world title victory, my explorations in politics, education, writing and speaking. Documents and works never before seen by the public include my personal notebooks and family photos. Staff includes The coaches who shaped chess, my new start with a new career and my family after chess, and through it all, she was my greatest hero from the start, my mother.”

“Gary, how do you want to remember?” I admit I thought about such things even as a young world champion, but at the time I was only thinking about my heritage on the chessboard. Decades later, this third drop in NFTs is my answer. https://t.co/dpqqNvnVJD pic.twitter.com/OGtaKMkOex

In practice, this is an interesting experiment. After all, this sale includes not only digital art, or representations of past moments, such as those in the NBA, but also digital representations of real things such as laptops, cards, physical photos from Kasparov’s past and others. That is, the buyer will have digital ownership of the things, which may be owned by someone else.

But in fact, it is possible that in the world we are heading towards, it is not clear who will have more equal ownership – the person holding a paper copy of the playing card in the safe, or the person holding the digital card. Representation, which can be shown to the world without fear of spoilage or demise. Kasparov himself also admits that this is no small challenge, but perhaps this is his way once again to break down barriers and concepts, in moving into the era of Web 3.0.

“I admit to being a bit nervous, like sitting in my first World Championship match, playing against a supercomputer, or when I left behind the familiar world of chess to fight for democracy in Russia and beyond. But what are we without new challenges?? Without risking The status quo has never been good enough for me, and in that spirit I am happy to share this unparalleled ambitious group. I hope people enjoy it and I can’t wait to see what happens next,” Kasparov.

This article does not contain investment advice or recommendations. Every investment and trading move involves risks, and readers should do their own research when making a decision.

The opinions, ideas and opinions expressed herein are those of the author alone and do not necessarily reflect or represent the views and opinions of Cointelegraph.

Ariel Shapira He is a father, entrepreneur, speaker, and cyclist and serves as founder and CEO of Social-Wisdom, a consulting agency that works with Israeli startups and helps them establish relationships with international markets.