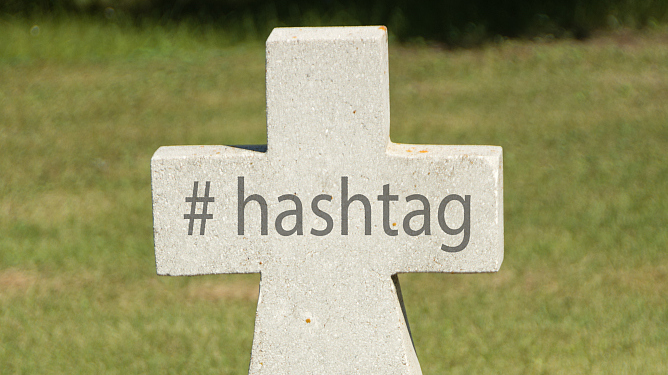 "We used to talk every day but she hasn't been online for a long time. I'm worried she got Covid and died," Humberto said, aimlessly scouring for clues about a friend he had only known on the internet. This time, the subject came up after the 30-year-old from Mexico saw another friend's Facebook post that appeared to have been sent from the foreign city where said friend lived. He had to try, even though the odds were minimal.

The internet, or social media in particular, has become the thin string connecting billions of lives around the world. And sometimes, it can be the only connection.

For Humberto, who asked to speak in anonymity, this is not the first time he is concerned about someone online. Once he found out about an old friend's passing after clicking into their social media profile, only to see "In Memoriam" – two words that constitute a digital tombstone marking a deceased user's profile.

Today, we live in a connected world where things seem to have"never happened unless you post about it." An emotion no longer feels validated on its own, until it has been shared with social media users who may or may not care about it. According to big data intelligence provider QuestMobile, an entire generation of "digital natives" have grown up in the era of ubiquitous technology, spending an average of 7.5 hours a day online.

With life being increasingly lived through clicking and scrolling on an electronic screen, we are bound to face the inevitable: people die online, too.

When asked about their experience of learning of someone's death via social media, most of those who CGTN spoke to agreed that the shock and grief would be the same as if they were informed in person. Though in some cases, the detached and impersonal nature of the internet can bring a sense of ambiguity to a deeply personal experience.

When she was a teenager, Charlotte, who lives in the U.S., had an online gaming friend in Turkey who she believed had died in a major earthquake. "I worried for weeks hoping I would hear from him again, but I never did," she recalled. "In one way it's easier, because the attachment is not as strong. But it's also harder, because the grief is ambiguous."

The chances of encountering deaths online are increasing for the average person. On Facebook alone, the social network could have more dead members than living ones in 50 years, according to experts at Oxford University.

Unlike all those eagerly shared highlights of one's life, death in the digital world is far from being treated with the thoughtfulness that goes into curating one's online persona, which is well likely to outlast their physical lifespan.

When algorithms fail to register these deaths, painful moments can hit loved ones out of nowhere, whether it is an automated birthday reminder, a nudge to "reconnect" with the deceased individual or congratulate them on an anniversary.

Jed Brubaker, a professor at the University of Colorado Boulder who advises Facebook on managing profiles of dead users, believes that dealing with death online is "something that people should think about but don't."

"There's a whole societal infrastructure for how we think about death. For the most part, that has not extended very well to digital content broadly and social media specifically," noted Brubaker, a leading researcher on the topic of digital legacy, in an interview with USA Today.

Based on Brubaker's research, Facebook in 2015 launched the Legacy Contact feature allowing users to designate a keeper of their account in the event of death. Google rolled out a similar feature called inactive account manager earlier in 2013. In September 2020, China's Weibo released a public announcement on the protection of accounts whose owners have passed away.

In recent years, this reality seems to have begun to sink in for tech industry worldwide. Services offering guidance on a "social media will" have cropped up in some developed countries. However, latest surveys by the Digital Legacy Association show that the vast majority of people had made no plans for their social media accounts (85 percent of respondents) and purchased digital assets (97 percent) postmortem.

The issue of digital legacy, which includes the deceased person's online footprint and other digital assets, will continue to exist in the foreseeable future and play an increasingly important part in the mourning process. One UK-based survey in 2019 found that one in four Britons would want a "data death," meaning all their online accounts would be removed when they die.

Nevertheless, the sentimental value placed on an individual's digital legacy will continue to increase, especially with the younger generation, said James Norris, founder of Digital Legacy Association, citing research by the organization.

On Weibo, some accounts left idle by users whose lives ended prematurely have become unintended safe spaces for other users – usually strangers to the account owner -- to share private thoughts without expecting a response. Though the supposed listener is gone, their online presence endures, with boundless acceptance toward the confidants.

Zoufan, a Weibo user who chronicled her struggle with depression on the platform, posted for the last time on March 18, 2012 before taking her life. Eight years later, her final post has more than one million comments as of last month.

In 2020, the COVID-19 pandemic is drastically changing how people process deaths and more funerals were performed virtually, if at all. Like everything else that has been forced to go online during the pandemic, death is no exception.

When Ahmed from Saudi Arabia lost a friend after following her battle with cancer on social media, his own perspective on life underwent a transformation. "She would get admitted to the hospital and come back stronger. But last Saturday, I woke up to the news that she passed away. I was heartbroken and in total shock," he said.

"Now, I realize that we take life too seriously and want to hold onto it for as long as we can. But the truth is she's resting in peace."

Have you experienced a personal loss on the internet or had thoughts about your own digital legacy? Share your story with us at stories@cgtn.com.