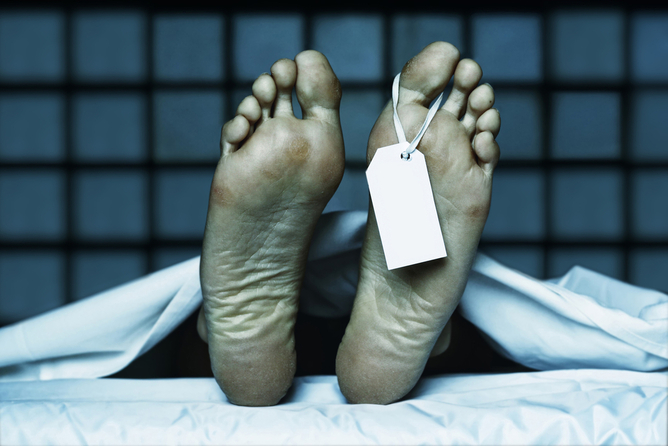 “I want an untamed, beautiful death. So I think we should have a competition in dying, sort of like Halloween costumes,” wrote Anatole Broyard in his pathography, Intoxicated by my Illness, written in the 1980s. “Isn’t there some way to turn dying into some kind of celebration,” Broyard wondered. “A birthday to end all birthdays?”

Death, disease and illness, as Broyard knew only too well, are peculiarly febrile topics in Euro-American cultures, too often crushed under the heel of avoidance and deferral. Broyard’s erudite and witty chronicling of his prostate cancer was part of a deeper concern with the art of dying well. If he expected his doctors to be both physician and metaphysician, he also did not lose sight of the importance of more mundane and practical details, including settling “unfinished business” and making a will.

There is a smattering of a Broyardian sensibility to the rationale behind Dying Matters awareness week. “Discussing dying is rarely easy, but unless we have the conversations that matter we’re unlikely to get the right care and support,” says Mayur Lakhani, a practising GP and chair of the Dying Matters Coalition – one of a number of groups that have long been campaigning for greater equality in access to end-of-life care – and the National Council for Palliative Care. Lakhani’s comments refer to the findings of a new Comres poll. It found a widespread reluctance among the British public to talk about or to plan for death. Only 36% of adults said they had written a will and 83% said they thought the British were uncomfortable talking about dying and death.

If many of us are failing to make adequate plans for our deaths and are not even talking about it, neither are we entirely death averse. While only 21% of people said that they had talked about their death with someone else, 27% said that they had posted an online tribute to someone who has died.

That our digital alter egos are bolder, braver and more idealised versions of our real world selves seems to be a phenomena that is already transforming death and mourning in the UK. The doctor Kate Granger is one of those who has been blogging and tweeting about her terminal cancer, in the hope of bringing dying out of the cultural shadows. Virtual mourning and memorialisation are also on the rise, with digital death and inheritance becoming new posthumous predicaments (would you want to linger online after you’ve gone?) as well as niche markets.

In addition to charting cultural trends, there are other realities behind the impetus to desensitise death and dying. Encouraging people to talk about their end-of-life choices is thought to be one way of moving towards better end-of-life care, but this is only part of the story. Death plans and choices are also constrained by who you are, where you live and what you are dying from. For example, the ComRes research also found that given the choice, just 6% of the public would choose to die in hospital, with most wanting to die at home. However, the overall proportion of home deaths in England and Wales has been falling in recent years, with even higher rates for those aged over 65, women and people with diseases other than cancer.

It is estimated that if current trends continue, fewer than one in ten of us in England and Wales will die at home by 2030.

In 2012, the organisation Help the Hospices, found that those from ethnic minorities, and with diseases other than cancer, could be especially disadvantaged in their access to specialist palliative care services. The organisation estimated that 92,000 people who could benefit from palliative care each year do not receive it. And nestled within the statistics is the debris of what seem to be disturbing trade-offs. Research commissioned by the charity Sue Ryder in 2013, showed that people were willing to accept the prospect of a painful death if it meant being with their loved ones at home.

It is also the case that attitudes to pain and pain relief can vary with ethnicity, faith and generation. In my work with dying migrants to the UK, it is not so unusual to come across those who refuse pain relief because they want to retain some level of consciousness when they are dying or because pain has religious or spiritual meaning. Research that has compared experiences of pain among white British and black British Caribbean patients with advanced cancer discovered that faith can have a particular influence on both the meaning and experience of pain for black Caribbean patients. Pain for the latter group could be seen as either a test of faith or a punishment for a wrongdoing. An interesting finding from this study was that pain and imminent death were viewed by some respondents within the context of what had been difficult lives. From this vantage point, their cancer pain was not the most challenging experience they had endured.

The idea that we should have some say over where and how we die is an increasing expectation in western cultures, according to the sociologist, David Clark. But it is one that is unevenly distributed. Alongside a reticence in talking about death that the Dying Matters survey has identified, Clark notes the rise in popularity of new British cultural trends: soul midwives (non-medical death companions) and death cafes and salons, where people can congregate to talk about any aspect of death, or in the case of salons, ruminate upon various intellectual and artistic morbid endeavours. “Will it be the case that in their dying as in their living, the baby boomers get it all?” Clark asks.