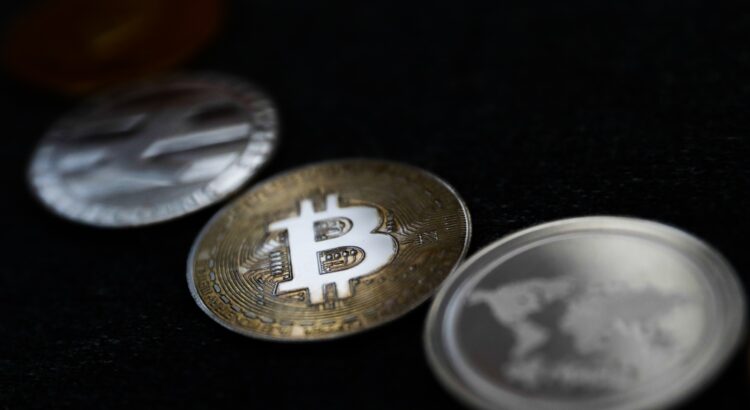 The rapid rise in circulation and growing popularity of cryptocurrencies is prompting attorneys and estate planners to adjust as digital assets are inherited through wills, trusts and estates, according to experts who warn of the danger of lost or misappropriated assets.

“These are becoming key holdings,” said Parker F. Taylor, head of the private client services group at Hughes Hubbard & Reed LLP in New York. “It is going to be necessary for every estate attorney and planner to learn about these assets and how to advise clients on how to create the best estate plans for clients holding cryptocurrency and properly administer the estates of deceased clients who owned cryptocurrency at their death.”

One of the big advantages of using cryptocurrencies in estate planning is the ease of transference, attorneys say.

Unlike a traditional bank, which typically requires executors to produce an original death certificate and other documents to take control of accounts in the deceased owner’s estate, cryptocurrency only requires the fiduciary to have the deceased’s "passcode" for access, Taylor said. He and associates at Hughes Hubbard tackled the issue in the American Bar Association’s Probate & Property magazine.

A complex, multicharacter passcode from the deceased is needed to access and distribute the estate’s cryptocurrency assets, which are only available in digital form, to the named beneficiaries. For example, an individual holding Bitcoin stores it in a digital wallet that can only be accessed by the use of a secret 64-digit private key.

Those passcodes mean the relative ease of conveyance in estate transactions comes with a downside.

Zachary Goldman, a partner at Wilmer Cutler Pickering Hale and Dorr LLP, whose practice focuses largely on fintech, cryptocurrency and distributed ledger technology, notes that these cryptocurrency codes, also called keys, can be lost. That could mean the digital assets become permanently inaccessible with no hope of recovery.

“If the executor doesn’t know where the keys or passcodes for assets held in a self-hosted wallet are stored, and the decedent hasn’t left instructions, those funds are gone,” Goldman said.

While it is generally not recommended that an individual share her passcode with others for security reasons, the reality is that once a passcode is lost it is virtually impossible to recover. Cryptocurrency owners should consider storing the codes in a secure, but accessible, location or perhaps multiple locations, Taylor and his team advised.

WilmerHale's Goldman said people who plan to make cryptocurrencies part of their estate should place their access codes in the hands of a reputable and trustworthy fiduciary, or otherwise find a way to safeguard them for their next of kin. Someone who isn’t trustworthy but has access to a cryptocurrency wallet can move around the digital funds, he said. If cryptocurrency assets are moved improperly, Goldman said, the assets may be traceable but still impossible to recover.

Clients who use only a passcode to protect access to a cryptocurrency account also take a risk if they change executors at some point. “[T]here is no way to ensure that a former fiduciary who has been replaced by a successor fiduciary does not access the account despite the lack of fiduciary authority to do so,” the Hughes Hubbard analysis warns.

There are technological controls that can be used to reduce this risk and keep cryptocurrency account information offline, adding an extra layer of security, the firm advises.

Through a method called cold storage, an account passcode is stored and concealed on a USB drive or similar device, allowing a private transmission without the user learning the passcode in order to access the account. In this way, a cold storage USB drive can be handed from a former fiduciary to a successor without either knowing the passcode, according to Taylor.

The inheritance implications have grown as cryptocurrencies explode in popularity.

A survey by the Pew Research Center in November found that 16 percent of U.S. adults say they personally have used, traded or invested in cryptocurrencies. Gemini Trust Company LLC, a crypto exchange and custodian, last year estimated that more than 21 million U.S. citizens own some form of digital asset.

The Federal Reserve said last month that stablecoins, a form of cryptocurrency that pegs its worth to the value of the dollar, has seen “explosive growth, with a combined circulating supply of nearly $130 billion as of September 2021” — a more than 500 percent increase from the prior year.

Amid rapid growth, however, there is little legal authority on the estate treatment of cryptocurrencies and their tax implications, according to attorneys who say lawyers and the courts must grapple with the question sooner than later.

“My take is that many estate planners will need to develop familiarity and competence in dealing with cryptocurrency as part of estate planning,” said Patrick Hicks, general counsel at Trust & Will, a San Diego-based digital estate planning platform.

Hicks said he already sees attorneys striving to become more familiar with fast-changing financial technologies and working to apply traditional law and regulations to a multitude of fields, including estate planning. He pointed to continuing legal education courses offered by groups such as the American Bar Association, private law firms and state bar organizations.

American Law Institute Continuing Legal Education, a nonprofit organization that’s been a leading national provider of CLE since 1947, will conduct a webcast titled “Estate Planning in a Cyberworld.”

“As digital assets … have grown in popularity, more and more people are including them in their estate plans,” ALI-CLE says in material for its course. “The emergence of these relatively new forms of assets have created challenges for estate planners when drafting or updating traditional estate plans for clients.”

Hicks, Goldman and Taylor say clients are slowly but surely beginning with lawyers to raise the issue of how to handle digital assets and estate planning.

Attorneys say that until legislators and regulators enact updated policies on digital assets and estate planning, judges — and sometimes juries — will be tasked with the adjudication of matters involving cryptocurrencies, including the administration of trusts, wills and estates containing digital assets. Hicks said he is confident the courts are up to the challenge, saying the judiciary is “very adept at applying old law to new technologies.”

Taylor too said he is certain the judicial system can apply traditional legal doctrines to novel crypto-focused disputes, citing a November verdict in a civil case in Connecticut litigated by Hughes Hubbard in which the jury had to determine whether cryptocurrency products were securities.

“It depends on how the attorneys educate the court and the jury,” he said.