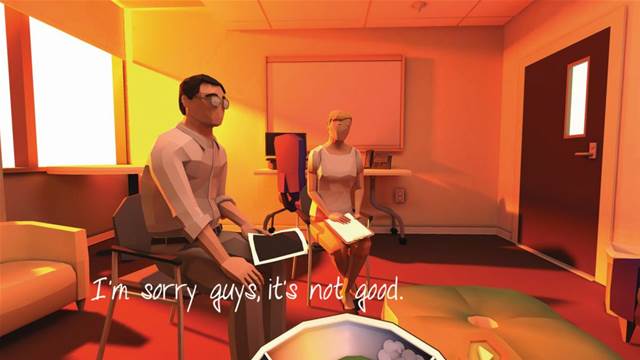 
The dead will overrun Facebook. We’ll chat with our ancestors online. Memorials won’t be cut from stone, but carved out in pixels.

While the idea of never letting go of lost loved ones via digital personas may sound like an episode of Black Mirror, dealing with grief using modern rituals needn’t be a sci-fi nightmare. To discover more, we spoke to experts on modern death at Nesta’s FutureFest event.

The web can open up safe spaces for people to grieve. Online communities can give support to what University professor Panagiotis Pentaris calls “disenfranchised grief” – women quietly mourning a miscarriage, not wishing to burden their wider family, or the loss of a same-sex partner in places unsupportive of the relationship.

“Digital communities offer an audience that you can’t find elsewhere,” Pentaris said. “They offer the opportunity to become an acknowledged griever... to express those emotions that you can’t express elsewhere.” Many also grieve online by choice, not the lack of it, explained Andreia Martins, a researcher at the University of Bath’s Centre for Death and Society. In Brazil, she said, people hold virtual wakes, placing a camera in the room with the body so those unable to travel large distances in a short time can be there virtually.

The streams are increasingly watched by strangers as well as loved ones. While that may sound like morbid curiosity, Martins believes it can teach younger people how to behave in such culturally important situations, and also be a form of therapy, letting those grieving see that others feel the pain they do. “They want to see others going through the same experience; it kind of soothes them,” said Martins.

Memorials no longer need be physical objects. Stacey Pitsillides, a lecturer in design, described one family who lost their son to cancer. His games developer father, Ryan Green, created a game called That Dragon, Cancer to remember his son Joel. “They made the experience into an environment that people could navigate, to try to understand that kind of loss,” Pitsillides said. “It’s a mix between a game, a memorial and a narrative.”
That Dragon, Cancer is “perfectly appropriate”, according to Pitsillides. “It uses the affordances of digital space – the way we can use pixels to craft things – to express ourselves in our own medium.”

Memorials pop up in other ways, too. Author Terry Pratchett’s death spurred an e-petition begging Death – a frequent character in his books – to bring him back to life. Despite the 35,000 signatures, it didn’t work, but it did give fans a way to show their grief in a collective way. “It was so appropriate for who Terry Pratchett was,” Pitsillides said. “He’d have loved it.”

Various predictions suggest that within decades Facebook will be overrun by dead users, perhaps one reason it’s allowing those left behind to turn profiles into online memorials – who wants to advertise to the dead, after all?

But even those digital gravestones cause problems. Pitsillides pointed to a Dutch woman who used a local social network called Hyves. After her death, her family turned her profile into a digital memorial, but in 2013 the site shut down. “The family had to decide what to do with it,” Pitsillides said of the memorial. “Do we move her over to Facebook, on which she never existed; do we close down the memorial; do we archive the memorial; do we print it out?”

And some memories are better left unremembered. Hollie Gazzard was murdered by her former boyfriend in 2014. A year on from her death, her father was still battling Facebook to be able to take down photos of the pair together. “It was just impossible,” Pitsillides said, with the site saying it was responsible for the privacy of its users, although it eventually allowed the images to be removed.

Social networks have made other missteps, such as suggesting dead friends for us to follow or highlighting loved ones who have just passed in “year in review” videos. But some people don’t mind the reminder, and even use social networks to keep “talking” to dead friends, sending them messages as though the person who has passed on will appreciate it.

“It follows a lot of cultural traditions [around the world], where talking to the dead as ancestors and understanding their place in your life is an important thing,” Pitsillides explained, adding that technology is extending that idea. “No-one tells them to go online and talk to someone who’s dead – it just feels natural.

“There have even been cases of people being buried with mobile phones so they can continue to text them the football scores,” she added. “Maybe that’s okay – people do grieve in different ways, and we’re moving beyond a model that says there’s a right way to grieve. People are making up their own rituals.” That’s particularly true as many people become less religious. “When I pray, I don’t know if she hears me,” Pitsillides said, describing what interview subjects have told her. “But when I write to her on Facebook, she hears me. I know it’s not logical, but that’s how it feels.”

We use social media to express ourselves, so it shouldn’t have come as a surprise to tech companies that we’d do the same after the death of a loved one – one of the most emotional experiences many of us will have. Facebook et al are happy with us posting positive moments – such as births and weddings – but social media “wasn’t designed with death in mind,” said Pitsillides. “It’s really strange that technology is very naïve when it comes to death.”

She predicts that will change, with sites getting better at dealing with death, and new social networks now building it into their design. And as Startups for a digital afterlife, below, shows, there’s no shortage of ideas to keep our digital memory alive.