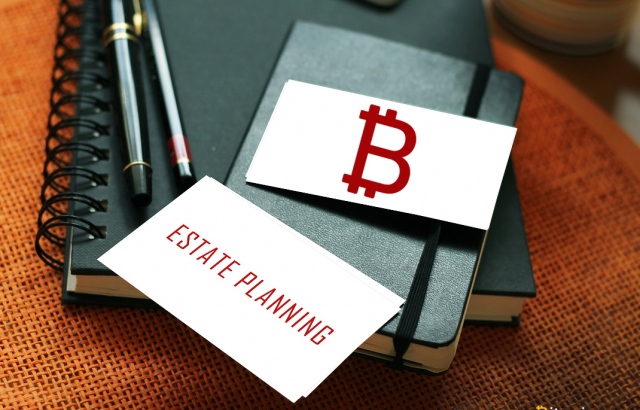 
When bitcoins are passed to an heir in a US inheritance, they are subject to a different tax rule than usual. The cost basis is no longer the purchase price of the bitcoins, which can lead to an heir paying less or more capital gains tax depending on whether the bitcoins had appreciated or depreciated. A little planning can help an heir maximize the value of bitcoins in an estate and pay less in taxes.

The U.S. Internal Revenue Service (IRS) treats bitcoin as property. For bitcoins held as a capital asset, as opposed to income or mined, any gain or loss from selling or exchanging

them would be taxed as a capital gain or loss. The amount of tax owed depends on the cost basis of the bitcoins, which is usually the purchase price paid.

Bitcoins in an Estate

“Like any other asset, Bitcoin becomes part of your estate when you die; it’s not something you voluntarily “put into” your estate,” Jeff Vandrew Jr, an attorney who specializes in estate planning told Bitcoin.com. Vandrew explained:

When a bitcoin holder dies, the beneficiaries of his will or living trust receive his bitcoin with tax basis at the fair market value on the date of death.

Unlike the usual case of the purchase price being the cost basis, the fair market value on the day of the bitcoin holder’s death is the new cost basis for inherited bitcoin. This tax

rule is sometimes called the ‘tax basis step-up’ or ‘tax basis step-down’ depending on whether the market value is lower or higher than the purchase price. No matter when the heir spends the bitcoins later, the cost basis for the inherited bitcoins is still their fair market value on the day of the holder’s death.

Talking about the tax-basis step-up, Vandrew noted that “For highly appreciated bitcoin, this may be great. For bitcoin that has depreciated since purchase, this could be bad.”

If a bitcoin owner dies owning bitcoins that have appreciated in value, the ‘tax basis step-

up’ rule will help the heir lower any capital gains tax owed.

The heir spending the bitcoin later on when the price is $1000, say, would only incur a taxable gain of $300 ($1000-$700). In instead, the price has tanked to less than $700, a capital loss can be deducted up to a certain limit and the excess carried over to be deducted in future years. Vandrew noted:

If you’re older and have appreciated bitcoin, it makes sense to hold onto it as long as you can so that your heirs can take advantage of the basis step-up.

If you’re older and have depreciated bitcoin, it may make sense to spend it as quickly as possible and preserve your cash. Upon spending, you’ll recognize taxable losses and you’ll avoid your tax basis being stepped down at death.

Disclaimer: This article is for informational purpose only and should not be used as a replacement for professional tax advice.

Have you given any thought to estate planning for your bitcoin? Let us know in the comments section below.

There are no bigger Bitcoin believers than the Bitcoin.com team. That’s why this site is a one-stop-shop for everything you need to get into bitcoin life. A Bitcoin store? Check. Earning bitcoin? Check. Forum discussions? Check. A casino? Yep, we have that too. Prices and statistics? Also here.