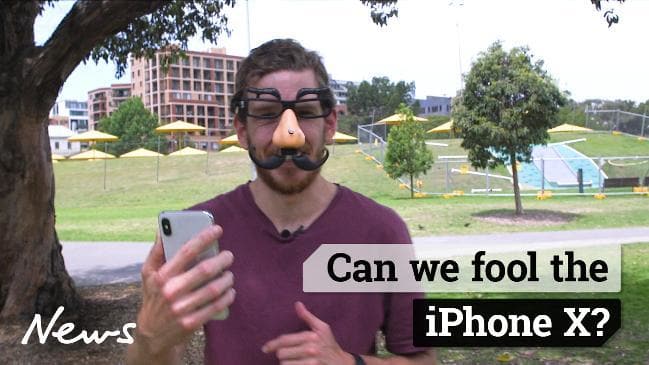 Grieving relatives have reportedly asked undertakers to swipe their dead loved ones fingerprints on their digital devices in an effort to access their pictures, memories and social media accounts.

But the practice is often futile, with experts saying even if an undertaker agrees to carry it out, it only works if the body is still “slightly warm”, according to UK Law Society wills and equity chairman Ian Bond.

The message is to rest in peace — but leave your passwords handy, Mr Bond told The Times.

He said lawyers dealing with wills and probate had seen some clients go to the macabre lengths of securing a dead person’s thumbprint in an effort to retrieve photos and messages from devices like iPhones and iPads.

Mr Bond said he had heard of cases where family members were placing the hands of recently deceased persons who were “slightly warm” on mobile phones to unlock them.

“Although this sounds a bit sinister it is done with the best intentions,” he said.

So much so that last week, NSW Attorney-General Mark Speakman asked the NSW Law Reform Commission to investigate whether new laws were needed to clear up who can access data after death.

“Not many of us think about what happens to our digital assets once we’ve gone or once we can’t make decisions anymore,” Mr Speakman said.

“The last thing that bereaved families want are bureaucratic hurdles and legal uncertainty.

“The Law Reform Commission will look at whether our laws are clear and fair enough to make sure people have some certainty over what will happen to their digital assets when they die.”

While he’s unaware of specific incidents in Australia of undertakers being asked for access to the fingerprints of the dead, Mr Humphreys is well aware of the legal and logistical nightmare surviving relatives encounter if their loved one said.

“I haven’t heard directly of undertakers being asked to scan a thumbprint. The thing is, it might sound far-fetched, but I can understand why people might do it. Because people have their lives on their phones. Their pictures, their memories are all there. And unravelling that life once they are gone can mean dealing with international companies, international laws, making the whole process so much harder.”

Increasingly, digital wills are being drawn up by lawyers to include passwords and access codes.

What’s needed, is to ensure private emails, social media accounts and digital music libraries are treated just like the concrete items like house and heirlooms are treated, Mr Humphreys said.

“As a lawyer — and this is advice I would have given five or ten years ago but is probably even more important now — ‘bucket file’,” he said.

“Where the questions used to be ‘where’s your will? Where are the spare keys to the house? What bank accounts do you have and where do you have them? Where are the insurance policies? What shares do your own?’ and all that sort of stuff; now you need to add your passwords, passcodes and keys to your social media and cloud accounts to the bucket,” he said.

“The logical place to put all of that stuff is probably with whoever is keeping your will. But just make sure someone knows where it is, and it’s safe, but accessible.”

Mr Humphreys said people are often reeling with sudden death, or grim diagnoses so the conversation should be had long before anyone becomes unwell.

“Like anything, this is all about actually being organised and regrettably a lot of us are not," he said.

“We have to think about making life easier when we are gone — because one thing is certain — none of us are getting out alive,

The Law Reform Commission will report back to the Government with its recommendations, with the review process expected to take between 12 and 18 months.