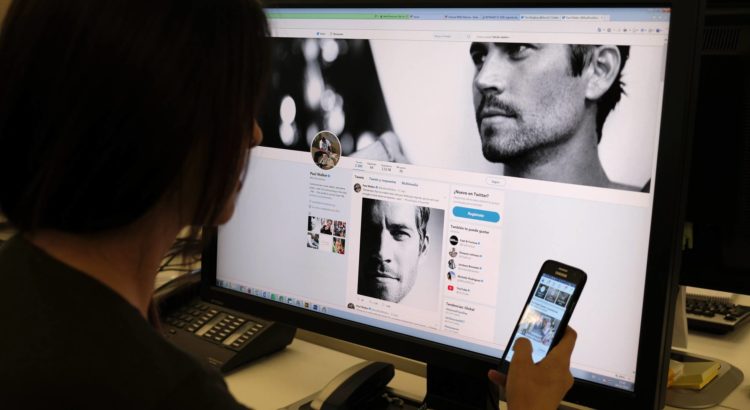 ly recognized or de facto relatives may activate the possibility of accessing a database and deciding on the fate of that content.”

The internet is now an integral part of the lives of billions of people, and one of the challenges this brings about is how to manage personal information that is stored online after an individual passes away.

Spain’s new Personal Data Protection and Guaranteed Digital Rights Law, which is slated for publication in the Official Gazette later this year, will for the first time recognize the right to leave instructions regarding one’s digital legacy. Under the new terms, the deceased’s heirs – or people with close personal ties – will be able to contact companies that hold personal online information, such as social media platforms, and request to manage or eliminate it.

If both the heir and the deceased’s de facto partner show up to request access to his or her digital data, which one of them should I believe?

The new provisions are part of a new data-protection bill making its way through Congress, but not all legal experts agree that this is a step forward in recognizing people’s digital activities as another important aspect of their lives.

Paloma Llaneza, a lawyer specializing in new technologies, says that privacy issues are raised when you allow people who knew the deceased to manipulate his or her online legacy.

“I don’t think that death should grant heirs the right to access private conversations, tastes, photographs, concerns and thoughts that are none of their business,” she says. “In general, heirs are the least-appropriate people to gain access to this kind of information. And finding a couple of letters inside a drawer is not the same as accessing details of a person’s entire life by going into their profile on a social media site.”

Llaneza notes that Spanish inheritance laws address the person’s estate and economic rights, “but not the reputation or the right to maintain privacy over one’s character or relations.”

I don’t think that death should grant heirs the right to access private conversations, tastes, photographs, concerns and thoughts that are none of their business

The new regulations say that heirs or relatives may decide on the future of the deceased’s digital information, request access to it, eliminate it or modify it, as long as the latter did not expressly prohibit such actions while still alive. Under the new terms, a person may be appointed to be in charge of this digital legacy – this was already being done in practice, but it had not been encoded into law until now.

“There is no such thing as a digital will as opposed to an analogue will,” notes Luis Fernández-Bravo Francés, dean of the Notary Association of Castilla-La Mancha, who says he is already offering his own clients the option of deciding on the future of their digital legacy when they come in to draft their regular will.

So far, Catalonia is the only Spanish region to already have a digital legacy law in force. The law recognized the concept of a “digital heir” and created an electronic register of instructions on what to do with one’s online information. “But the will always prevails over this document,” explains Ángel Serrano, a notary from Barcelona. “This is something that you could already include in your will, but now there is a record of it.”

Serrano explains that very few of his own clients who have written a will have actually included any instructions regarding their digital lives. “Older people tend to be the ones to draw up a will,” while the electronic record is more likely to be used by younger people with a strong online presence but no intention of writing a will any time soon.

Fernández-Bravo Francés criticizes the fact that the new provisions recognizing the right to a digital will do not make a clear distinction between legitimate heirs and third parties who could access the deceased’s digital legacy. “Are we just talking about social media or about everything else too? If both the heir and the deceased’s de facto partner show up to request access to his or her digital data, which one of them should I believe? This could have a significant economic impact,” he notes, citing the hypothetical case of a writer who dies with an unpublished novel still stored in the cloud.

Artemi Rallo, a former head of the Spanish Data Protection Agency and a Socialist Party (PSOE) deputy, was one of the driving forces behind the new provisions. He explains that even though the wording talks about a digital will, the document it refers to is not exactly a will in the strict sense of the term.

“There are two key articles, one aimed at personal data and another one aimed at internet services: one allows the heirs to manage any database, and the second one extends this concept to social media,” he says.

The digital will, he adds “regulates the way legally recognized or de facto relatives may activate the possibility of accessing a database and deciding on the fate of that content.”