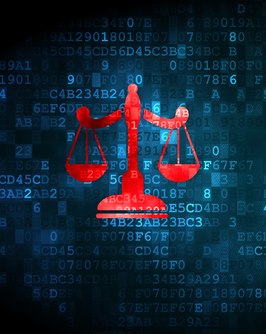 Every dealer knows it’s a good idea to have a will; in this modern digital age, though, it has also become increasingly necessary to have a plan for handling digital estates after someone has died. That’s why estate planning has expanded in ways no one could have foreseen even a few years ago. The broad categories include:

Social media websites such as Facebook and Twitter
Online accounts and passwords for both personal and business accounts
Online photos and videos
Blogs
There are times when dealers can manage without a team of people to help them. This isn’t one of them. After all, the issues involved in handling a digital legacy are at the forefront of many of the changes going on today. Getting a digital legacy in order should be part of the succession plan for dealers and they should not try to navigate these waters on their own.

The world has altered a great deal even when you compare it to how things were as recently as 20 years ago. Dealers are just like the people in every other business. They need to adapt to the future and fill developing needs. The next few years are bound to continue changing many things we take for granted.

Planning is particularly important because it isn’t like there is a one-size-fits-all solution. Every dealership has its own concerns about privacy and its own rules for handling information. Since the whole idea is to delegate important decisions to trusted individuals, enabling them to tie up loose ends, that means someone needs to have Power of Attorney for managing assets. In some cases, though, it may also be necessary to appoint a Digital Executor whose duties are tied specifically to deleting or distributing online assets; for example, a dealermay have a trusted individual who is in charge of almost every aspect of an estate but who just doesn’t know enough about digital estates to know what to do. A dealer will ideally select someone who has the chops to handle both traditional estate planning and a digital estate.

Everyone knows that the Internet has changed everything having to do with information. As always, however, laws are slow to catch up. These matters are generally decided on the basis of individual company policies, and not by a set of state-level or federal-level guidelines.

What the U.S. needs, but does not yet have, is a unified approach for handling digital information after the death of its rightful owner. As of February 2012, only a handful of states had laws to govern digital asset management: Connecticut, Idaho, Indiana, Oklahoma, and Rhode Island. That doesn’t mean the laws are current. The 2005 Digital Assets Law in Connecticut, for example, is now eight years old. In a world where you get new Apple products every four to six months or so, these laws are now dinosaurs. For example, the law in Connecticut doesn’t deal with online bank accounts, blogs, social media websites, or accounts for sharing photos.

You can’t assume that a dealership’s policies are necessarily going to be what the information’s owner would have wanted, or that matters will be settled in a timely way. Yahoo was taken to court in 2005 because it refused to give login and password information to the family of a Marine who had been stationed in Iraq when he died. The court mandated release of the information, which is good, but that means the family had to go to court in the first place. Anything having to do with court is expensive. How many families can afford to fight that kind of fight? How many families have pockets as deep as Yahoo, Facebook, or Twitter? By working with a banker and a lawyer, it may be possible for a successor to avoid the legal fights that can occur when a dealer(because of health issues or death) cannot handle estate problems directly anymore.

Another example, having to do with timeliness and, again, involving Yahoo, came up when Karin Prangley, an estate planning lawyer in Chicago, tried to act on her father’s behalf after he had a stroke at age 62. In particular, she needed access to business records contained in her father’s email account. She was fortunate, in that she was qualified to take the matter to court to get access, but even with her expertise, she wasn’t able to get the courts to move fast enough. The company went out of business because of the inevitable delay. In her case, the delay was only one month, but one month was enough. Could a bank have provided banking information, including at least some business records, as well as the necessary cash flow to keep the business going? It’s possible.

The most significant way a banker and a lawyer can help someone is to make some advance preparations. For example, a dealer’s business may consist of storing online account names, passwords, and directives for how they want to handle their digital assets after they are incapacitated or die.

One issue to consider is exactly how much personal information should be given to a company that stores information, like passwords and account numbers. Is it really wise for a dealer to go to an online website and enter all kinds of personal information? Although these companies might play a real part in someone’s plans for a digital legacy, it’s still a good idea to have guides for the legal aspects.

Facebook, which is breaking considerable new ground over the issue of privacy, requires special handling and may represent another time for expert counsel.

When people sign up for Facebook, the last thing on their mind is what will happen to their account when they die. But for 5 million people who died after setting up their Facebook account, their families have been left to deal with a problem. Unless someone lets Facebook know that a person has died, the Facebook page is still going to be there. That means a person’s friends and family will continue to see a profile picture on their own pages, and Facebook will also continue suggesting friends. Understandably, getting the suggestion to friend someone who is already dead can make the grieving process harder.

Companies that provide estate services can help by providing backup when friends or family contact Facebook with proof of a death, such as a link to an obituary. A page can either be removed or converted to a memorial page. It won’t have any status updates or group affiliations, but existing friends can continue to look at the profile and post comments. What friends and family currently cannot do is get a password from Facebook that would allow them to access private messages, but here again, advice and possible intervention from a trusted member of the planning team might be essential.

Although life is definitely more complicated than it used to be because of social media and the Internet, the same issues exist that have always existed. People want to provide comfort and closure to their families and friends.

Dealers should include their digital estate in their succession plans, just as they would when making other important final plans about their life and legacy.