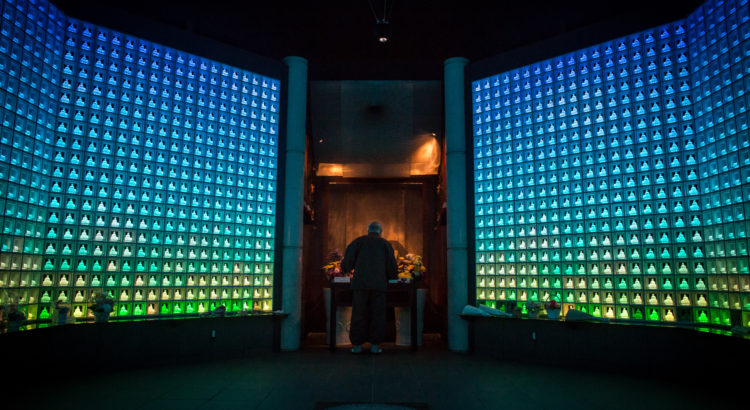 Why death may not be so final in the future

Every day, it seems, our lives become a bit less tangible. We’ve grown accustomed to photos, music and movies as things that exist only in digital form. But death? Strange as it sounds, the human corpse could be the next physical object to vanish from our lives.

Within a couple of decades, visiting deceased friends and relatives by traveling to a grassy gravesite may seem as quaint as popping a videotape into your VHS player. By then, our whole experience of death may be drastically different.

If you believe Ray Kurzweil, an outspoken futurist and the director of engineering at Google, computers will soon match the capabilities of the human brain. At that point, our consciousness will become intimately mingled with machine intelligence, leading to a kind of immorality.

“We’re going to become increasingly non-biological, to the point where the biological part isn’t that important anymore,” Kurzweil declared in 2013 at a conference predicting the world of 2045. “Even if the biological part went away, it wouldn’t make any difference.”

But you don’t need to take such speculative leaps to see that the way we deal with death is already in the midst of a wrenching transformation. In 2015, for the first time ever, more people in the U.S. were cremated than buried, according to the National Funeral Director’s Association.

Crowded urban cemeteries, along with a new eco-friendly cremation method known as alkaline hydrolysis, promise to continue the trend. By 2030, the association predicts, less than one-quarter of the dead will receive traditional casket burials. The rest will end up…well, that’s the question.

In the futuristic Ruriden memorial in Tokyo, human remains are packed behind walls of glowing Buddha statues. When visitors swipe a key card, a wash of colorful LED lights illuminate the location of their dearly departed.

Elsewhere, funeral companies are promoting tombstones embossed with QR codes. Scanning them on your phone will call up a related video or web page. That approach prompts awkward giggles from Megan Rosenbloom, a leader in the death-acceptance movement and founder of a series of associated events that she calls Death Salons.

“Do you have a QR code reader on your phone?” she asks. “A century from now, will anyone even have any idea what that is?”

That’s a key issue for death in the digital age: Software goes out of date quickly, but memorials are meant to last forever. Today even keeping track of who is here and who is gone is a challenge. At some point you’ve probably had the unnerving experience of receiving a Facebook reminder to celebrate a birthday of a friend who is no longer alive.

A different kind of second life

Entrepreneurs are rushing in to solve this problem of “digital death curation.”

A site called the Digital Beyond maintains a list of dozens of companies that handle everything from closing out social media accounts and maintaining permanent cloud-based obituaries to creating interactive online memorials. Many of them allow you to post posthumous text and videos, or even to send scheduled messages to your loved ones long after you’re gone.

If the concept sounds creepy, it may be that you haven’t adapted yet to the fast-changing culture. “I think it’s all positive,” Rosenbloom says. “I don’t want to take up permanent real estate in a cemetery, but I do want to be remembered. Physical, virtual: the more the merrier.”

A Russian startup called Luka has created a chatbot that simulates conversations with Prince. It can take on many other guises as well. Luka’s co-founder, Eugenia Kuyda, programmed a bot to mimic a close friend who died in 2015.

Taking the idea a step further, computer scientist Hossein Rahnama of the MIT Media Lab is developing what he calls “augmented eternity.” It would mine all the information about a dead person to create a detailed virtual presence. His nominal goal is to simulate famous historical figures as an educational tool, but the same approach could be applied to any person.

Brain in the cloud

Kurzweil thinks we’ll follow a similar path to the Singularity, the hypothetical time (around 2029, by his estimate) when the great blurring between humans and computers will occur. If he’s right, questions about what to do with the body at death will then become largely irrelevant.

Many scoff at Kurzweil’s vision, questioning not only its technological feasibility but also its philosophical desirability. Fantasizing about immortality keeps people from living their best lives right now, Rosenbloom argues. “It feeds into death denial. When there’s no longer a deadline on your life, it takes away a lot of the motivations that we have in our life.”

Like it or not, some forms of digital afterlife are here already, and more elaborate ones are on the way. Just as today’s kids have never laid hands on a VHS cassette, so they may soon find it strange that anyone ever traveled to a distant graveyard rather than activating a virtual memorial experience they can call up anywhere, anytime.

Euronews provides articles from NBC News as a service to its readers, but does not edit the articles it publishes.