What You don’t Know About Your Digital Legacy

I’ve been thinking about something that a lot of people aren’t talking about: I don’t understand how people don’t realize that they are all the patriarchs of their family. Let me explain. Everybody who is in the, let’s say, 20-40 year old range is putting out so much content through their Facebook posts, their Tweets, and their other pictures, that they are basically starting a foundation of digital content that every generation, I’m talking great- great- great-grandkids, are going to look back at as a starting point. Even with the family that took the most polaroids in the world, there is only so much content they could have ever made. Meanwhile you have a vast amount of content. Look at me. I did Wine Library TV every day for six years, and those videos are going to be in place for all my children.

So watching the way that people are commenting; their politics, the way they engage, the kind of pictures they’re taking, and the things they’re doing, I’m questioning if you realize how big this thing is. I’m questioning if you realize that everything you say on the internet, every picture you take — and I don’t mean from a “bikini-shot” perspective, I mean like being derogatory to someone else. I mean your thoughts and predictions. All the dumb shit that your grandfather did is lost to history. Everything you’re doing is being documented, and you are putting a stake in the ground for your last name and the heritage of your family. I implore people who read this to think twice. Not from an “is this not right?” perspective, but from a historical, long term point-of-view of how you want to set the tone for your family.

Legacy, my friends, is greater than currency. You are the patriarch (or matriarch) of your digital family.

Gary Vaynerchuk is a New York Times and Wall Street Journal Best-Selling author, self-taught wine expert, and innovative entrepreneur. You can find out more at garyvaynerchuk.com 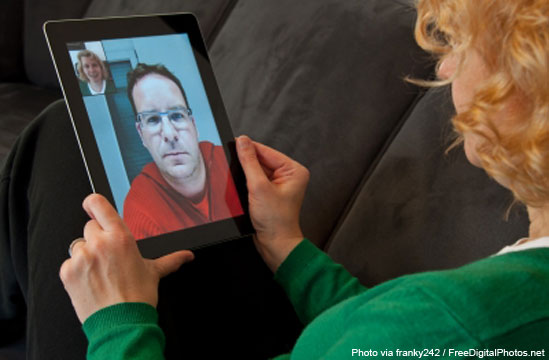 Either there’s a lot of bad content out there on the internet, or the good stuff is just exceptionally hard to find. Think about all of the stories you’ve read this month… the fluff pieces that pop up on Twitter or are shared on your Facebook feed:

– Could THESE photos be of the new iPhone 5 case?
– It’s a boy! The royal family celebrates.
– Hey, have you heard about this new sharing economy? People are actually renting out their apartments, their services, even their cars! (Yes, we heard about this 2 years ago)
– You won’t believe the FAIL this news reporter did on the air.
– Yet another story about “The 5 types of people on Facebook.”

That’s why I try to work incredibly hard to rise above that and deliver something of value. It isn’t easy.

One guy who does this on a regular basis is Gary Vaynerchuk. He had a great video recently that humorously hammered home the importance in mobile. (While my salary negotiation site is being mobile optimized as we speak, the code for TheHopkinsonReport is a bit more complex).

But here’s another video the really struck a chord with me. It’s titled:
We are All the Patriarchs of Our Digital Families

In it, he talks about creating a digital legacy. Realizing that we are the pioneers right now and are laying the groundwork for what all future generations will see. Even the family that took the most photos back in the day has nothing compared to what we do now, and we’re not just documenting silly one-handed photos, but also comments, criticism, and predictions of the future.

How will your family be viewed?
This answer will differ depending on your age, but lets use me as an example. Another year has gone by and the shocking news is that my 44th birthday is rapidly approaching in August.

While I am immersed in media far more than the average person, I have friends my age that have missed the boat entirely, choosing to skip out on Facebook or just now learning about Twitter. But even I probably can’t compete with anyone under 25.

Looking at stats via Business Insider, US Smartphone owners age 18-24 send and receive nearly 4,000 texts per month. My old man text bracket? Around 1,500. Those over 55 don’t even break 500. Meanwhile, my 2-year-old nephew already knows the ins and outs of the iPad.

On my dad’s side, my grandparents were born a bit later. We celebrated my grandfather’s 75th birthday in the early 80’s.

Yet, I’ve probably seen about two dozen photos of all of my grandparents combined, and not a second of video. It’s a sad fact that I truly don’t know that much about them.

As Gary eloquently puts it:

“All the dumb sh!t that your grandfather did, is lost in history. Everything you’re doing is being documented.”

My parents grew up in the 50s and 60s, before tying the knot in 1968 and having me a year later. While there are a few black and white photos from their childhood and a skinny picture of my dad as he entered the Army that looks just like me, it’s like we’re trapped in some kind of Back to the Future “Enchantment Under the Sea Dance” story when we hear about how they met.

There are no blog posts talking about the latest trends, no awkward selfies from their honeymoon, and no YouTube clips of the time they went camping and totally got rained on. It would be a struggle to find even a VHS tape of them live on video before 1990.

And then there’s me

The amount of content I’ve personally created in the last 20 years is immense. We can probably ignore the non-digital content, since only the most curious ancestor would bother trying to secure the relics of the ancient past:
– VHS tapes of movies I made in the 90s
– Newspaper articles from my college newspaper that still live in my parents basement
– Boxes of print photos from my childhood, including a few mullet photos from college

But think of all the digital content:
– Hundreds of hours of audio from this podcast
– Thousands of digital photos
– 244 blog posts alone documenting the world from 2008-2013
– More than 4,000 tweets and hundreds of Foursquare check-ins
– Thousands of Facebook posts, comments, and likes
– Hours of digital video
– Pages of Google results
– Dozens of articles authored across multiple sites

So here’s the tough question: What do you stand for?

Assume you only have one shot. To your son, your daughter, your grandkids. Maybe it will be the nerdy son of your niece that you’ll never meet that gets assigned a project in 2050 to research their great uncle. What will they find?

Will your digital legacy be filled with endless photos of food, taken without context to what restaurant, what city, what friends were present?

Will it be video that gets fast-forwarded through because it looks like all the others?

Or will they find something that really matters?

A deep connection with family or friends.
A trend that emerges over and over again, no matter what the medium.

Wow, he always had a smile on his face.
Wow, he always seems to have time for his friends and family.
Wow, I didn’t know this about them. It looks like he really made a difference.

Take a second to think about what you want that teenager to say about you when they unearth your digital legacy and present it to the class.

We are All the Patriarchs of Our Digital Families

Oh, there’s one thing I forgot.

It’s sitting here not 3 feet away on my bookshelf. My grandfather, Joseph Hopkinson DID once take the time to leave his mark, authoring a textbook teaching Latin.

Check out my free online salary negotiation course, “How to Negotiate Salary: The Negotiation Mindset.”