The Law Society has issued a statement concerning a Digital Legacy, in which it urges people to leave clear instructions about what should happen to their social media, digital photographs, computer games and on-line bank accounts after their death.

Having a list of all your online accounts, such as email, banking, investments and social networking sites will make it easier for family members to piece together your Digital Legacy, adhere to your wishes and could save time and money. Not making your Digital Legacy clear could mean important or sentimental material – such as photographs on social networks – is never recovered.

Clients should not overlook digital assets as part of their estate planning, the Law Society has recommended.

Gary , partner at Joseph A Jones Solicitors, said: “When you’re taking will instructions, if you’re using the Wills and Inheritance Quality Scheme protocol, there’s a personal asset log there that clients can write down all of their assets, including their digital assets.”

Digital assets are defined as any asset accessed or held online, so an assets log will help family or professional advisers locate them.

“We are leading a digital life,” said , “and that needs to be taken into account when making wills.”

The advice says that having a list of all online accounts, such as email, banking, investments and social networking sites, will make it easier for family members to piece together a digital legacy, adhere to an individual’s wishes and could save both time and money.

“If you have a Twitter account, your family may want it deactivated and – if you have left clear instructions – it will be easier for your executors to have it closed,” he added.

Half the problem of not being able to close social media accounts after a client dies is that a will was never been made in the first place.

“If you have an up-to-date valid will with appointed executors, you’re halfway there to getting these things sorted out as it’s the solicitor who has the golden ticket to unlocking the assets,” said.

However, personal assets log should not list passwords or PINs as an executor accessing the account with these details could be committing a criminal offence under the Computer Misuse Act 1990.

Leaving a list of online accounts and ensuring it is kept current is enough.

, who contributed to the recommendations, said solicitors shouldn’t be penalised if they do not make clients keep a log of digital assets.

The society said a practice note on the matter is on the agenda. 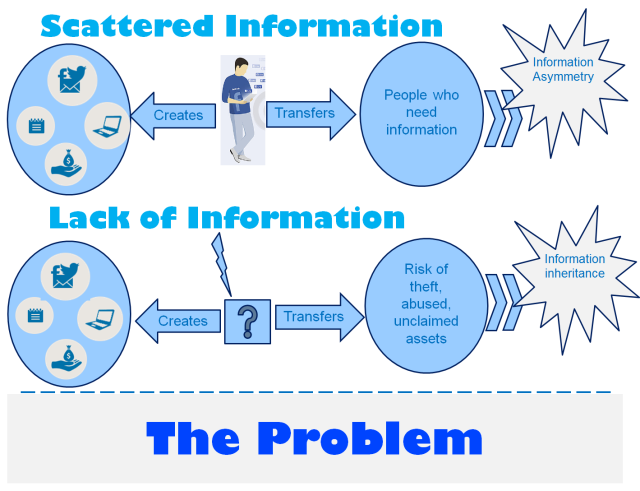 …… all your family needs when you are not around is ‘information at the right time’.

Last month the the UK Law society has urged people to leave clear instructions about what should happen to their social media and other online accounts ( You can find more information in this article ). We are glad that UK law society is understanding the importance of digital assets and information and how critical this information is for the family when you are not around to give them this information.

I have already blogged about digital assets here so I will not explain them in this post.

However I will remind you again about the digital footprint that is generated. Due to continuous digitisation, all our financial and emotional lives have gone on-line right from bank accounts , insurance policies, utilities bill arrangement to photographs and videos. With every single online activity we are creating a digital footprint. It is important to keep a list of all the digital or online accounts for two reasons:

a) To understand and find out how many online accounts you have. This can give an idea of size of the digital footprint generated.

In the absence of any information about the digital and online accounts, there can be huge emotional and financial losses and unclaimed assets. Our emotional and precious moments remain locked in the online world forever. You can read more about the value of the photographs in this blog post.

Having a list of all the accounts and assigning your wishes for that account to a digital executor can be very useful for the family. This is where PlannedDeparture steps in and solve the problem of information asymmetry and information inheritance.

Because all your family needs when you are not around is the ‘information at the right time’.

Testators are increasingly being advised to leave clear instructions about their ‘digital legacies’ after their death.

The latest organisation to stress the importance of online assets is the Law Society. It recommends that people should, at the very least, keep an up-to-date list of all their online accounts, such as email, banking, investments and social networking sites, to make it easier for family members to recover or close them.

However, the society considers that the list should stop short of recording passwords or PINs. ‘An executor accessing [the deceased’s] account with these details could be committing a criminal offence under the Computer Misuse Act 1990‘, said Gary Rycroft, a member of its wills and equity committee. Passwords should certainly not be listed in a will which will ultimately have to be published.

The term ‘digital legacy’ also encompasses computer game characters in online games like World of Warcraft; music and films; internet domains registered to the deceased; YouTube videos; and Bitcoins, all of which can represent valuable assets.

‘An experienced and wealthy game character takes time to create, and it appears it may be possible to sell such characters online,’ says Patricia Milner of Withers. ‘What such an asset would be worth for inheritance tax purposes on death is unclear as the market in this kind of asset is very new.’

Similarly, says Withers, YouTube videos can attract payments from advertisers if the video gets a large number of viewings.

Without proper records much of this can be lost on the owner’s death. According to Oliver Embley of Wedlake Bell, the best solution is for the testator to leave a letter of wishes giving executors access to online accounts and stating which accounts should be deleted after death.

However, executors are at the mercy of service providers and problems may be encountered if service providers do not recognise the consents given in a Letter of Wishes. Even where records exist, the licensing arrangements attached to some assets – such as Apple’s iTunes – specify that the assets die with the original owner.

There may also be jurisdictional issues, says Embley. ‘However, for the present, setting out express instructions in a letter of wishes gives the user the best chance of enabling his loved ones to inherit his personal digital effects.’ 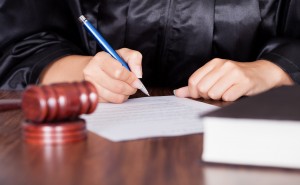 The US state of Delaware has enacted a new law that regulates digital legacy issues and allows families to access their loved ones’ digital assets after death or incapacitation.

Notably for the bitcoin community, the legislation should help protect the interests of Delaware residents with cryptocurrency holdings.

Late last week, the Delaware House of Representatives passed House Bill 345, the ‘Fiduciary Access to Digital Assets and Digital Accounts Act‘, which gives heirs and executors the authority to take control of digital accounts and devices, much like physical assets.

“A fiduciary with authority over digital assets or digital accounts of an account holder under this chapter shall have the same access as the account holder, and is deemed to (i) have the lawful consent of the account holder and (ii) be an authorized user under all applicable state and federal law and regulations and any end user license agreement.”

Although Delaware is one of the smallest US states, it is home to a number of major companies. Due to its business-friendly policies, the state has managed to attract leading credit card companies, along with tech companies like Google, Facebook and Twitter.

However, the new law will not apply to companies incorporated in the state. It is intended for Delaware residents rather than companies.

“If a California resident dies and his will is governed by California law, the representative of his estate would not have access to his Twitter account under HB 345,” Kelly Bachman, spokesperson for State Governor Jack Markell told Ars Technica.

Bachman stressed that the law applies only to persons whose will is governed by Delaware law. Whether or not the company holding the digital account is incorporated in Delaware is irrelevant. This has obvious implications for bitcoin users in Delaware and if other US states follow suit and enact similar legislation based on UFADAA, these protections could soon be available to all US residents.

House member Daryl Scott, the lead author of the bill, argues that because legislators had not kept up with advances in technology, the new law will help protect the rights and interests of average residents.

The new law is not without its critics. however. Director of the State Privacy and Security Coalition Jim Halpert warns that the law does not take into account privacy and that it allows executors and heirs to view highly confidential communications between third parties and deceased family members.

CoinDesk examined the pitfalls of digital wills and potential challenges faced by heir and executors earlier this year.

The issue of digital asset management in such situations has started to attract attention from legal scholars too. The British Law Society has already urged people to leave clear instructions for their intellectual property and digital media in case of death.

Bitcoin assets pose even more challenges due to their very nature. Trades can be executed globally in seconds, keys can be stored halfway around the globe, while bitcoins can be stored on a wide range of digital media and on physical wallets.

Most jurisdictions simply lack the legal framework for such situations. Therefore the best course of action for the time being is to be prepared for all eventualities. Delaware’s legislators are slowly catching up with technology, but the business-friendly state is an exception.