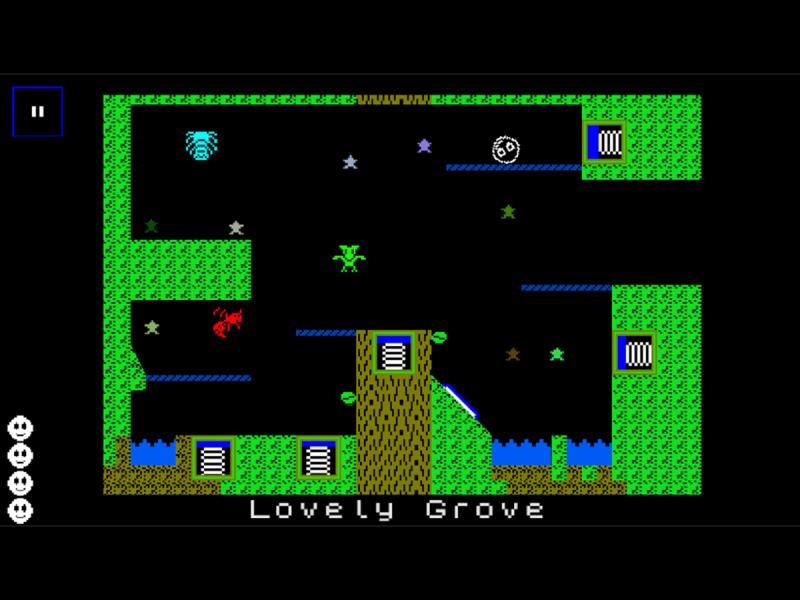 Most of my working life is spent thinking and writing about technology, gadgets, design and gaming. And while it might sound trite, my favourite part of all this is people.

There’s nothing better when I’m in front of my Mac’s glowing screen than an editor sending a juicy commission that involves me getting in touch with a bunch of talented folks, to find out their views on a particular subject, and then weave them into a feature.

Recently, I was asked by a games mag you’ve probably all heard of to write about Apple TV and gaming, largely from a development standpoint. As ever under such circumstances, I went through my list of email and Twitter contacts, seeing this as a good opportunity to offer some exposure to indie developers whose work I’ve enjoyed over the years. One response came back very quickly, albeit from a name I didn’t quite recognise. The message was in fact from a developer’s wife; the person I was trying to get in touch with had died the previous week.

The developer in question was Stewart Hogarth, who’d lost his battle with congenital heart disease; he was just 34. We’d only been in touch a few times, but I’d been captivated a couple of years ago by his truly excellent 8-bit tribute I Am Level for iOS and Android. This was a smart, charming, entertaining title that married eye-searing Spectrum-style graphics, old-school single-screen platforming challenges, and modern mobile tilt-based controls. It was still installed on all of my devices, and it was strange and very sad to think that the person who created it was no longer with us.

Another developer I was interviewing at the time expressed his shock regarding Stew’s passing, and also concern that his work’s availability was now potentially on borrowed time.

As a developer, he said it was almost like a little of his soul somehow went into each app or game he made; through what you’ve created, you can in some way live on if you’re no longer around. This of course isn’t new thinking — people often say similar things when it comes to art and literature, and even film and music. But those mediums have the kind of longevity that just isn’t afforded to modern digital apps.

Once a developer account lapses through non-payment, the apps are gone forever, which feels wrong.

The notion of dealing with death is something that social networks are slowly getting to grips with. Facebook enables you to make a request to memorialise someone’s account, and helpfully notes what will happen to that person’s page and settings.

Naturally, things remain far from perfect in the social networking space — I’ve heard of automated friend suggestions appearing in people’s timelines from colleagues, friends and love ones who have died. But at least mechanisms are starting to be put in place for protecting the original accounts and precious memories.

For apps and games, things are more complicated. Developer accounts are tied into contractual frameworks. Typically, it’s possible to add extra administrators to your account, but it’s hard to know how many independent developers make such arrangements. After all, who expects they won’t be around tomorrow?

On contacting Apple and Google while writing this article, I discovered there are at least policies in place for a relative taking over an account, which can potentially be achieved by way of full and proper legal checks and identity verifications. Titles someone created can then live on, at least as long as someone pays relevant annual dev fees and bills.

That’s business, but it seems so cold and uncaring. It doesn’t really recognise that those creative endeavours are part of the people who made them.

Perhaps the gatekeepers of mobile content should consider enacting a policy like Facebook’s. It would be rather lovely to think I Am Level could live on regardless, rather than one of the things people think of when remembering Stew just one day disappearing forever.

Stewart Hogarth’s family are raising money in his memory, for the Freeman Heart & Lung Transplant Association. The writer of this article has made a donation.

Click here to view original web page at When a dev dies, their apps should live on 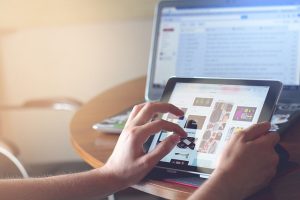 When we think of legacies in a will we think of cash bequests or the family heirloom however, in this digital era, legacies are changing. In today’s digital world where more and more aspects of an individual’s life are taking place online, it is important to consider what will happen to your digital assets when you pass away, e.g. on-line banking, photographs, music.

In 2011, a UK based charity commissioned a report on digital legacies, this report reveals that four out of five people in the UK (80%) own digital assets, but only 9% have considered how they will pass these on following their death. Gone are the days of photographs being kept in albums, it is now more common place to store these on a laptop or online and families are at risk of losing these precious memories if arrangements are not made to ensure that they are passed on.

Unfortunately Internet Service Providers, social networking and photo sharing sites do not necessarily give the family members of a deceased person access to their loved one’s account and the situation varies across service providers.

When completing your will, you may want to discuss your digital assets with a member of our wills and estate team and they will be able to advise you how to deal with these assets.

Don’t forget where you squirrelled away the Bitcoins; keep track of online gaming characters; save your passwords for photographs and savings accounts or risk it all disappearing down the back of the internet. In other words, leave a digital legacy, the Law Society is urging.

Updating advice for writing wills in the 21st century, the organisation which represents solicitors across England and Wales has warned that too much valuable, intellectual property is in danger of being lost when we die.

Never record your passwords, however, in a written will: you are likely to have changed them by the time you finally log off. Furthermore, wills are public documents that can be published.

Some assets, the Law Society cautions, will not survive beyond your lifetime. In many cases, we are merely sold licences to use online music, films and books preventing them from being passed on to others. That applies to Kindle ebooks, the Law Society says.

At one point it was widely reported that film star Bruce Willis was planning to join a legal action against Apple so that he could leave his iTunes music library to his daughters. Having spread across the web, the story’s credibility was subsequently questioned.

As well as Bitcoins, the value of which oscillates according to volatile online trading conditions, digital gaming characters can also be worth significant sums after they have accumulated successful track records and digital equipment.

“People should leave clear instructions about what should happen to their social media, computer games and other online accounts after their death,” the Law Society recommends. “Having a list of all your online accounts, such as email, banking, investments and social networking sites will make it easier for family members to piece together your digital legacy, adhere to your wishes and could save time and money. Not making your digital legacy clear could mean important or sentimental material – such as photographs on social networks – is never recovered.”

Gary Rycroft, a solicitor with Joseph A Jones & Co in Lancaster who is on the Law Society’s wills and equity committee, said people should not assume that family members know where to look online.

The Law Society’s president, Nicholas Fluck, said: “As technology has evolved, so has the way we store information. Simple things such as photographs, which in the past we could have flicked through in a printed album, are now stored online. By making our wishes clear now, it will be easier for loved ones to recover pictures to cherish and will help with the more practical issues such as online bank accounts.”

The so called GenY has been growing in a different age than their parents. The digital realm has taken over some aspects in everyday life, and that’s something we will have to live with.

We previously  had photo albums, scrapbooks, handwritten journals and letters, pieces of ribbon and shoeboxes to rule them all. If you wanted to get back in time, you just had to open these shoeboxes, carefully hidden in the basement or stored in the closet behind a pile of blankets.

Today, we do have dvd of photos, social media accounts, Facebook statuses and emails ; even the diplomas you are getting from your online courses are PDFs, not pieces of paper framed and proudly displayed behind your desk.  Cyberspace is getting a hold on these precious memories. And that may be an issue in terms of memories and privacy.

Most of our online accounts are locked behind passwords, and without proper guidance, memories may arise once again when you would have liked them to disappear, or those precious memories, photos or videos that you had with a love one may be deleted from cyberspace. That’s why you should take action right now, read more on the howtos, and prepare a list of your legacy, with proper instructions and beneficiaries !