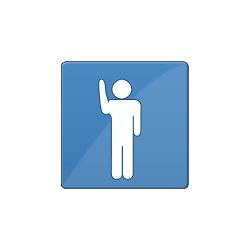 When someone dies, comfort is found in those memories, final words and epitaphs left behind. With the Internet now, families are left with an abundance of social media posts and email messages that remain a digital legacy of the deceased. Facebook profiles can become a living, continuous memorial where people pay tribute to a friend who is gone.

But what would you want your last post or email to read? Do you want it to be about that great breakfast you ate or a road rage rant at slow drivers?

With Social Farewell, a new business that launched two weeks ago, people can leave final social media posts and email messages for the company to publish on their behalf when they die.

Social Farewell is the brainchild of Dave Stewart, a Farmington resident, father of four and technology salesman. He said the idea developed two years ago when a close friend lost a young child, and it put life into perspective for him.

“If something were to happen to me, what would I wish and want to tell my children?” he asked.

Social Farewell uses “digital assets” and offers some form of closure for friends and family. People can create a final message of the “philosophies, dreams and wishes” that will be sent to whomever they have selected.

A $4.95 fee includes two emails and unlimited messages on social media networks, for which the company has already built portals, all sent on the user’s behalf when his or her death is confirmed.

Stewart said he wants the service to be accessible to all people.

“It’s built that way for a reason. It needs to be there for everyone in life,” Stewart said. He believes people should have control over a final message in passing.

Social Farewell users can manage their profiles over time.

Marketing such a sensitive topic took some special consideration. His site features a claymation video with shades of humor with the message that death can happen when we least expect it. Stewart realizes the power of this tool though, and he thinks it might cause more serious reflection about what people post and what their digital life or epitaphs will look like to future generations.

Additional services will be available as the business develops and social media evolves, Stewart said. He hopes to see video capability, for example.

The online business of death planning is growing, with other sites ranging from helping plan your own funeral service to online will services.