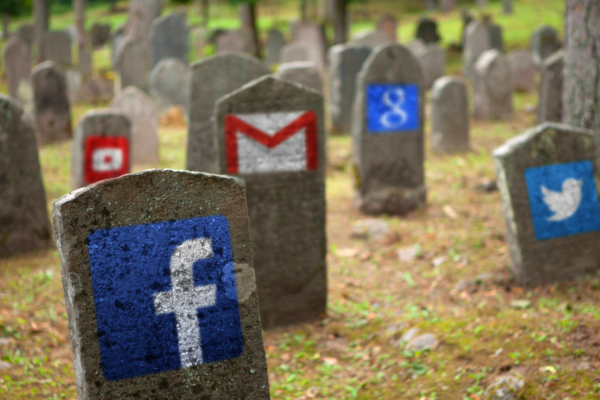 Delaware sure likes being first. The first state to ratify the Constitution just became the first state to enact a broad law that gives families the right to inherit digital assets the same way that they’d inherit physical assets. Now, it’s up to the other 49 states to follow suit.

Inspiration for the new Delaware law, known as the Fiduciary Access to Digital Assets and Digital Accounts Act, comes from the Uniform Law Commission, a non-profit that supplies states with good, non-partisan legislation on a number of topics. The guidance of an organization like the ULC is especially helpful for legislating something like digital inheritance, since states don’t appear to be taking the issue very seriously. So far, Idaho, Nebraska, and Indiana have passed limited laws that address digital inheritance, but no state has pass such comprehensive legislation as Delaware now has.

So what makes it so comprehensive? Delaware’s law—and the ULC legislation that guided it—simply gives the account holder power to decide what happens to his or her digital assets. At present, that power lies with the tech companies in control of the assets. It’s currently impossible, for instance, to inherit the contents of a loved one’s iTunes profile in the same way that you might inherit a record collection. (When you buy iTunes songs, you’re actually just buying a license to play them rather than the content itself.) Inheriting access to, say, a Facebook account, since simply sharing the password would be a violation of Facebook’s terms of service.

All of the United States should do what Delaware’s doing. In the absence of universal adoption, the issue of digital inheritance remains complicated, and while it’s possible to pay organizations to help you with the transition or even set up legal trusts for digital assets, it shouldn’t have to be so hard. And it leads to heartbreak when families can’t even access simple things like digital photos or messages. Think about how terrible the family of a soldier felt when Yahoo refused to give them access to their son’s email after he was killed in Iraq.

Thanks to the ULC’s newly minted Uniform Fiduciary Access to Digital Assets Act, the states don’t even have to write the legislation to deal with digital inheritance. The law is already written and all ready to go! So just go for it, guys. Delaware did a pretty good job leading the way back in 1787. Go ahead and follow its lead once again. [Ars Technica]

“His last dying wish was to clear all of his saved passwords. Those were his, and he wanted to take them to the grave.”

what is the primary target of these laws? Facebook? Is that an asset? It’s valueless on the market so does it classify as an asset? My first thought as to what this applies to is like world of Warcraft accounts. Am I wrong?

Since 71% of people in the US under the age of 75 don’t have a will, this may be a good prompt for them to make one (assuming other states follow the example). People may not care who gets their money, but I bet they will damn sure care about who gets their Facebook account.

South Africa currently has no existing legislation dealing with what happens to your data after death.

This is according to Philippa Marques, candidate attorney at Webber Wentzel, who said that there is no legislation giving an executor access to a deceased’s online accounts.

Marques noted that not every website has a policy regarding death. While some websites will observe a family’s wishes, others may not take action without a death certificate or court order.

“While many social media websites have implemented death policies, even with these policies in place, many accounts remain dormant for many years after a user has passed away with family members unable to access them,” the legal expert said.

Webber Wentzel pointed out that users sign up to social media websites on the understanding that their privacy, including username and passwords, will be protected.

This means that social media websites would be in breach of their own policies if asked to disclose those details to family or friends of the deceased.

Before an account can be permanently deleted or memorialised, Facebook requires proof that the account user has died, either in the form of an obituary or news report.

Facebook will then monitor the account for activity and verify the death before starting the conversion process.

“If no one contacts Facebook to alert it that a user has died, the profile will remain active indefinitely,” Marques said.

Twitter will also not hand over a deceased’s login details due to privacy rules, Webber Wentzel said.

To close a Twitter account, a verified family member or executor must submit paperwork including an identity document, the deceased’s death certificate and a signed statement requesting that the account be deactivated.

Twitter can provide a copy of the deceased’s public tweets on request, Webber Wentzel said.

Getting access to a deceased’s email account can be a lengthy process and may require the family or executor to obtain a court order, Webber Wentzel warned.

In 2013 Google implemented an “Inactive Account Manager” which enables Google users to set up a process in which ownership and control of an inactive account is transferred to a delegated user.

However, if a user has not set up the Inactive Account Manager, in order to gain access to a Gmail account, the family of the deceased or executor may have to obtain an order from a US court.

“Until South Africa implements legislation dealing with these issues, we recommend that our clients prepare for digital death,” Marques said.

“Your family should know how many accounts you have and what you would like to do with your digital accounts after death. You should use your will to stipulate how you want your data used once you have passed on.”

The legal expert recommend including a clause in your will authorising someone to access your digital data after death and authorising the companies storing your data to disclose it to a designated person.

“While this would not give your family or executor the right to access your accounts, it should help facilitate the process of requesting copies of your digital data.”

It is also worth thinking about writing a separate digital will with a list of your accounts, user names and passwords, Marques said.

More on the digital landscape