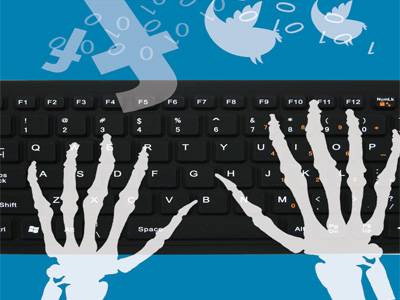 Writing a will is never an easy thing. Chances are you may be part of the 60%# of people without a will. Are you part of a family? 77% of families with kids below five have not prepared anything. Even between 55 to 64, chances are that you have not, either. Not having a will is something that can unleash hell on unsuspecting families. Under the grief of one’s loved one, you may still have to face haggling with others to get part of the legacy, assets, or even discussing the custody of kids. Not everyone has  a will today, or updated it, or even told their close ones where it could be found — even when it’s crucial to prepare the inevitable and to prepare for the lives of those who stay.

We used to speak of the life, and afterlife. Two distinct worlds. A third space has also been growing these past years, overlapping both, intertwined, a space where time does not matter and where we spend more and more time. A place where newspapers do not become yellow and crispy, where pictures do not fade, where things are crystallized, and your alter ego can be put on pause for a few decades without changing, still loving the same music, living in the same place, reading the same things. You guessed right, that’s the digital space — a space we live in (and sometimes fall asleep in), surrounding nearly each of our steps (yes, that smartphone in your pocket), but that we don’t often see as a world in itself because it’s precisely out of time.

So, chances are even more higher that you’re part of the majority without a planning for your digital belongings. Let me ask you a simple question: if you were to die today, would your family and close ones have the keys to access your digital property, such as bank accounts, insurances details, and so on? Would you like them to go through all of your correspondence or use your onlines IDs ? Have you had the idea before ? I guess that if you are currently reading this, you may be part of the next generation of digital producers, and that you look forward being proactive in the transmissions of your electronic stuff. Doing so also gives control over the becomings of your goods: things are going to be done, and it’s always preferable to be sure that they correspond to what you would like to happen.

Numbers show that your digital legacy is growing day by day. As an estate litigation said, we are shifting from love letters and shoeboxes to emails and USB drives. McAfee, the security firm from Intel, revealed in 2011 that americans own digital assets up to 55.000$#. The Research firm MSI International has reviewed 3000 users in 10 countries, who in average estimate their digital possessions around 38000$. Assets can be divided in different categories : personal records account for around $7000, $3800 in career information, $2,848 in hobbies and projects, $2800 for Personal Communications and $2100 for entertainment files. And numbers? Let’s have a look at the numbers. Today, estimates say that 3 facebook users are dying every minute. Digital natives obviously are there as well, but baby boomers are shifting to an online presence as well. Or you can also say that around 600,000 US facebook users will die this year.

By the end of 2012, legal aspects are still unclear#. Some, like Massachusetts Senator Cynthia Creem or other US policy makers, are working towards more transparency in the legacy of digital assets — making it the digital legacy law a federal matter. On the other hands, the services providers may not want to do so. In these times of turmoil, what will become of your treasures, such as your financial assets, personal effects, and all the things you value, like pictures, notebooks, correspondence, …  ?

Lastly, there is a part of monetary value, but you also have to consider the sentimental value. But I guess you know that better than me, right?